Fill out the form below to schedule a discussion with one of our experts, or contact us at Info@FlagshipAP.com

M&A No Longer the Key Driver of Consolidation in U.S. Merchant Payments 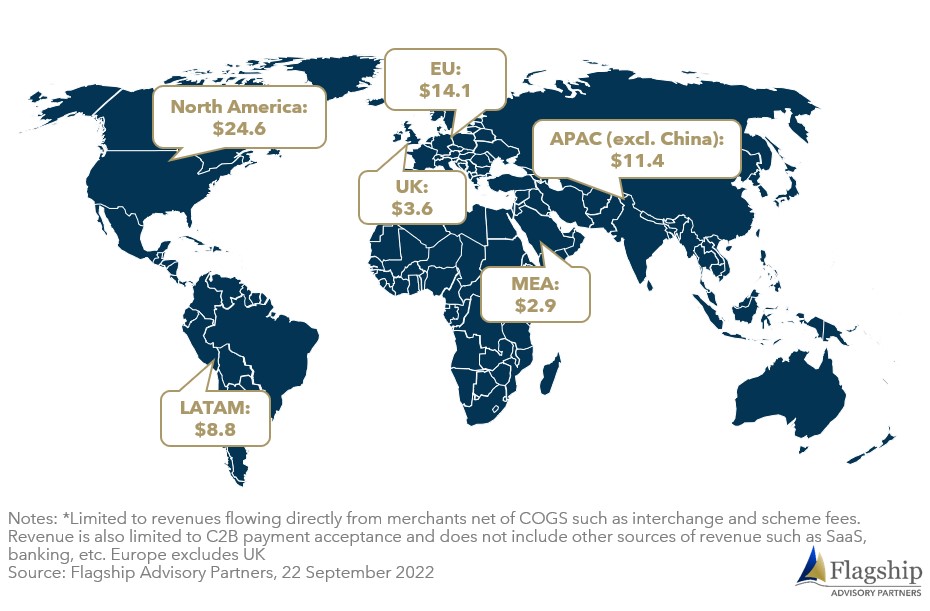 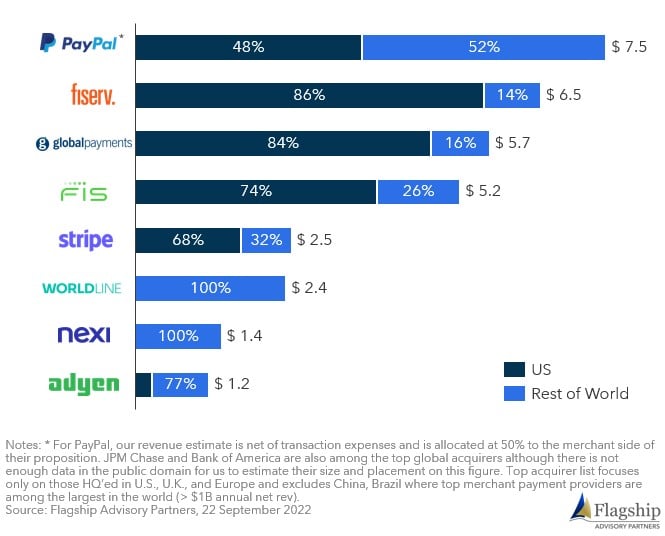 Consolidation of this fragmented business is ongoing, as it has been for decades, and will continue for the decades to come. We commonly think of M&A as the primary driver of consolidation in merchant payments, as it was in U.S. merchant payments from 1995 until 2015. Companies such as Fiserv, Global Payments, FIS, Worldline, Nexi, and others used M&A to drive their presently leading global scale. However, in recent years, differential organic growth outcomes and the resulting share shifts have become more impactful than M&A in consolidating the U.S. merchant payments market.

Flagship Advisory Partners recently conducted an analysis to measure the relative impacts of organic share movement and M&A on the consolidation within U.S. merchant payments. The results are shown in Figure 3 (M&A consolidation) and Figure 4 (organic consolidation). 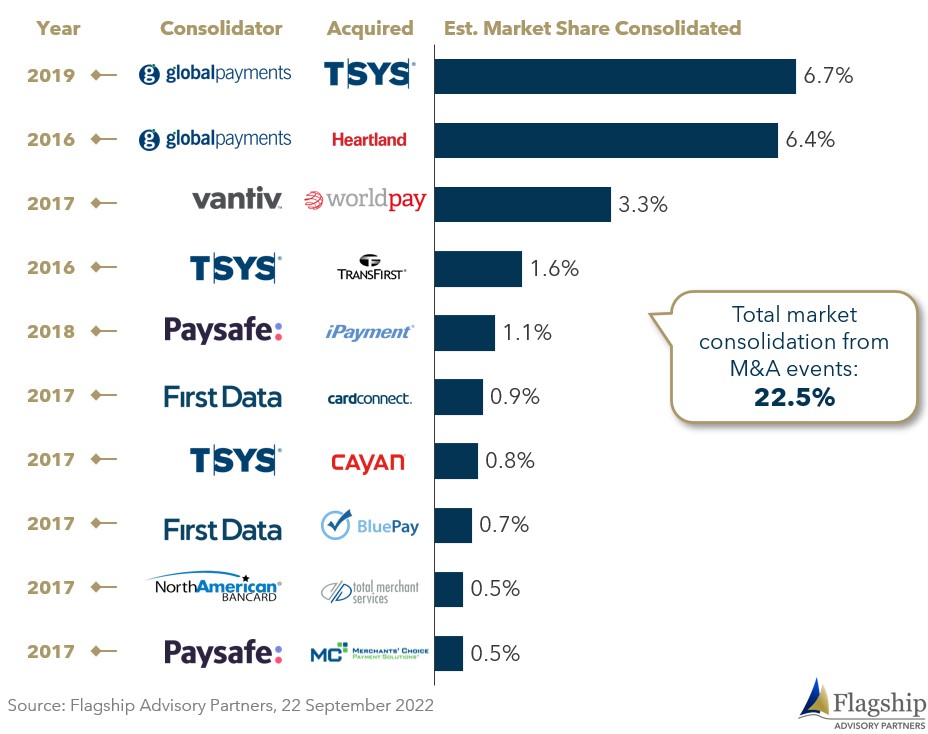 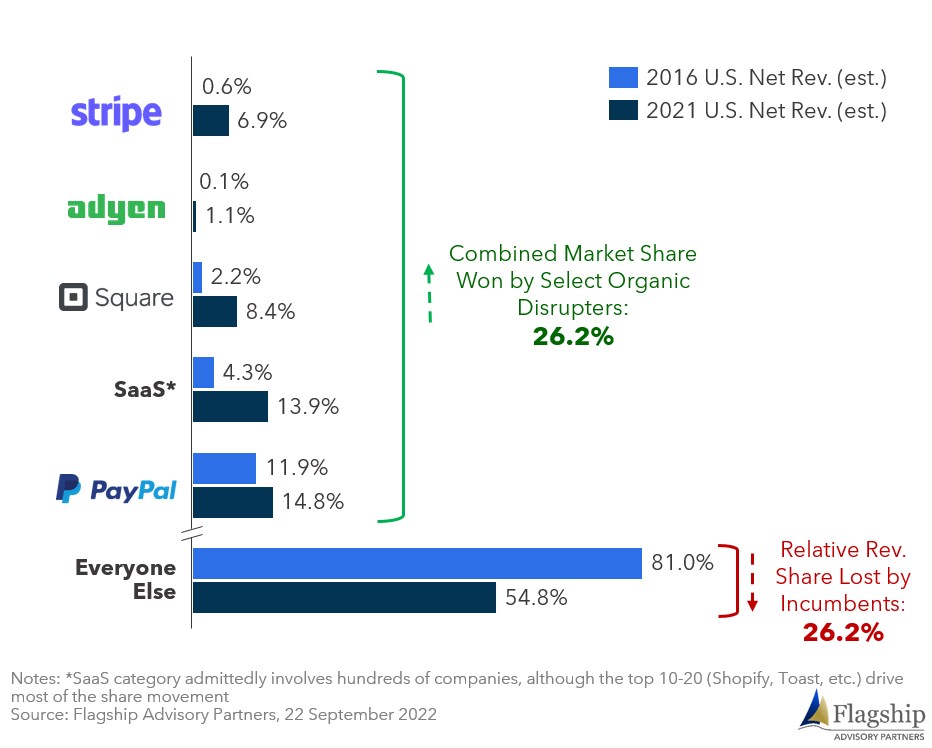 For the organic consolidation impact, we isolated four individual disruptive companies (PayPal, Stripe, Square, and Adyen) and, collectively, the SaaS community as a general disruption segment. As shown in Figure 4, the organic impacts of share wins by Stripe, Square, and SaaS providers were significant. In total, our organic disrupter sample gained 26.2% market share from 2016 to 2021. This market share consolidation was a function of significantly higher growth for these winners than the net revenue pool. As with the M&A disruption sample, we only measure a sample of the overall organic disruption population; other smaller providers also achieve high organic growth rates. Admittedly, we also recognize that considering SaaS as a singular consolidating group is misleading as hundreds of different companies exist within this group. However, it is also the case that a relatively small number of companies, most notably Shopify, account for the majority of this share movement.

In summary, based on our approach and samples utilized, organic growth disruption drove the consolidation of 26.2% of the market share, while M&A accounted for 22.5%. In a mature market such as the U.S., we may now be past the days in which M&A is the primary source of market consolidation. The same analysis (2016 to 2021) in Europe would have produced a different conclusion, but we also expect organic forces to become more impactful in the coming years relative to M&A.

Scope and Scale of the Apple Fintech Ecosystem

Our Most Read Insights of 2022: Debate About the Impact of BaaS, Open Banking Payments, and SoftPOS

SoftPOS is Ready for Prime Time in 2023

SaaS Providers & Platforms: Navigating the Payment Facilitation Journey and Beyond, 2022